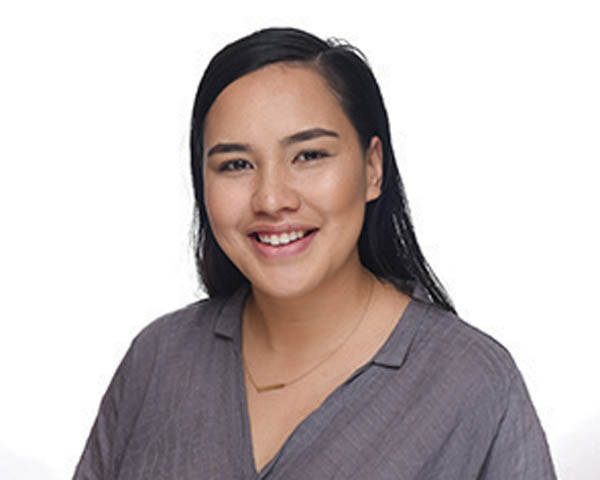 Amalia says being chosen to be a TupuToa intern changed her life.

She says she can hardly believe how much she has grown in the past year, and how she has built the confidence to back herself, leading to her internship quickly becoming a full time role at Yellow.

Amalia was born in Auckland and lived on the North Shore as her father was in the navy and worked from the navy base in Devonport. Her mother is Samoan and her father is from Ngāti Whātua and Nga Puhi. Amalia says Māori is her first language. She went to Kohanga Reo and Kura Kaupapa Māori schools so she grew up with te reo all around her.  She then moved to New Lynn in West Auckland. Amalia’s family were regular church goers and she enjoyed Sunday school. When she was five her whanau moved to Samoa to live.

The family ended up staying there for four years, and she got to know her Samoan side. Amalia says her time living in Samoa was very simple and humbling and grounded her. The family lived in a very basic house like a shack, with only cold running water and power cuts all the time and having very simple food to eat.

While she was living in Samoa, she lost her te reo, and so she had to go back to Kuru Kaupapa and start again when the family returned to Auckland. It was tough because she couldn’t remember anything that she had learnt, but she is grateful her parents decided she should go back as the language came back quite quickly and she is now confident in te reo.

Amalia says her life has been interesting as she has been caught between the cultures of Māori and Samoa, and sometimes not being seen as Samoan because she does not speak the language. However, she is now comfortable in both her cultures having lived in Samoa as well as Aotearoa New Zealand.

Amalia has two children, her eldest was born during her first year at University. Her partner is Samoan and she has made a conscious choice to send her children to A’oga Fa’asamoa language preschool unit, and a Samoan bi-lingual school unit, in the hope it will help her to learn the language through her children.

When Amalia left school, she was interested in working in the field of mental health and helping others.  She studied psychology and Pacific Studies at the University of Auckland.

She was struggling juggling work, study and being a Mum when she was introduced to TupuToa.  She says the whanau support has been awesome.

Amalia says everything started to change for the better for her after her interview with navigator, Sione. He asked her what her ‘why’ is and what she wanted to do with her life. She says having someone believe in her and her potential made her realise she had nothing to lose and she chose to ‘put herself out there’.  Amalia was lucky enough to get an internship at Yellow in their People and Culture team and she hit the ground running.

She says her navigator, Yole has provided her with great support and a pep talk when ever she has needed it.

Amalia says she really gives it up to TupuToa for how far she has come, her confidence, her drive and being able to back herself.

After her time interning with the HR team, she was encouraged to apply for other roles at Yellow, that led to the role she has now working on digital marketing strategies. She works on Facebook ads, Google words and other social and digital marketing advertising.

Amalia says while working at Yellow she has been very vocal about how they can do more for Māori and Pasifika. She has helped translate job descriptions into te reo,and introduced Māori welcomes, mihi whakatau for people coming to work and visit Yellow.

She is now part of their Diversity and Inclusion committee; encouraging and promoting activities during Māori and Samoan language weeks, Matariki and acknowledging Waitangi Day.

Amalia says she loves working at Yellow and the fact she has been allowed to join the staff and be herself as a Māori and Samoan woman and a mother of two.