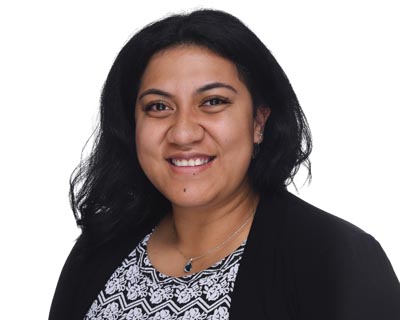 Asena remembers the day when she learnt what a CEO was.

Her father had made a huge commitment to his family to have a good education and had invested in a set of encyclopaedias. The encyclopaedias had given Asena access to a wider world, with greater horizons than she was experiencing in her environment in Mangere East. In those books she discovered many things, including the term CEO. Her father explained what it meant, and she told him that one day she would become a CEO. Her father’s casual acceptance of her big dreams to be a CEO at 9 years old is something she’ll always remember.

Asena went on to win a scholarship to attend St Cuthbert’s while at Mangere East School. She was encouraged hugely to apply by her teachers and family.  The youngest in her family of four siblings, Asena remembers her mother coming to school crying when she was awarded her scholarship, “she was so proud.”

Asena says she had been well prepared for the pressure of the exam process in the scholarship application by her teacher Kathy Phillips, who had given her students international exams to do on top of their normal curriculum.

“ There was a lot of pressure in a hall full of people who had been short listed to do the exam, but I was well prepared by my teachers and family who had instilled a sense of self belief in me.”

“ Their enormous support helped me to expand my horizons of what I imagined was possible for myself, my parents always encouraged me to believe there was no ceiling determined by my immediate environment,” she says.

Asena says the contrast for her from school in Mangere East to St Cuths was huge. There was not only a massive cultural difference, there was also the fact that after standing out academically in Mangere, she was now with a lot of others who had also excelled at their primary schools. Asena remembers the contrast of other students being dropped off at school in Range Rovers and Mercedes and her dad dropping her off in a Mazda Bongo van! She recounts this with pride, nostalgia and amusement.

Asena has completed a law and arts degree at the University of Auckland, is almost finished her graduate role with Air New Zealand through TupuToa, and has accepted a role with the Ministry of Foreign Affairs.

Asena says she has learnt so much at Air Zealand, working in HR, and on Diversity and Inclusion. She has learnt a lot about transformation and change in a large corporate organisation.

Asena believes Māori and Pasifika people have an enormous amount to offer in leadership in corporate and government organisations.

“ Our intrinsic values and understanding of working as a collective makes us invaluable in these spaces.”