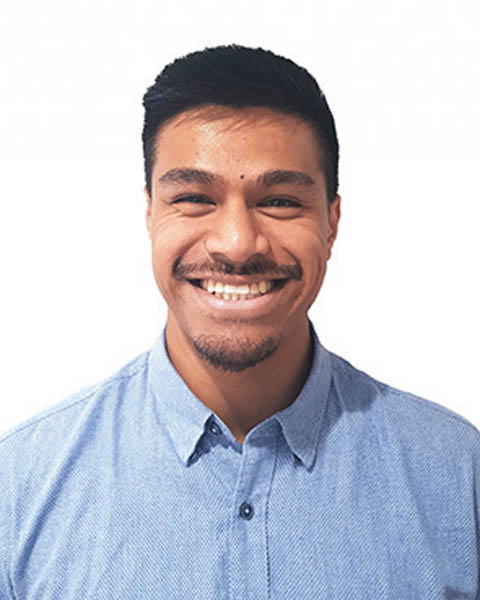 Wesley Mauafu didn’t plan on becoming an engineer. As a child he had dreams of flying and a visit to a flight school open day in Palmerston North convinced him that would be his vocation. But financial circumstances and not wanting to plunge his family into debt meant staying with his family in Christchurch and completing an engineering degree. Now working as a graduate engineer at ARUP in Auckland, Wesley is happy things worked out the way they did.

“I always felt I had an amazing childhood, and didn’t really see the narrative of poverty. It’s only when I grew older that I realised we grew up in the lower socio-economic neighbourhoods of Christchurch, went to very low-decile schools and sometimes didn’t see our parents much because they worked multiple jobs to keep the household running.”

Church and his community work have always been a big part of life for this Christchurch-born Samoan. And while juggling this with university studies meant his grades weren’t as good as they could be, it was his community work which would lead him to his current job.

After graduating Wesley had decided to move to Auckland to find work but two weeks from his moving date, he still hadn’t landed a role. However, thanks to his community work and role as a Trustee for the Pacific Youth Leadership and Transformation Council he was invited to attend a reception for the Duke and Duchess of Sussex in Auckland where he met with a TupuToa team member, and the rest as they say is history.

TupuToa helped him secure an internship with ARUP within days of his move to Auckland. That internship has since turned into a graduate role.

“I had sent in application after application and been rejected so many times because my grades weren’t what employers wanted. But my grades didn’t tell the full story of who I am as a person and until TupuToa and ARUP came along, people couldn’t see past that.”

Wesley says engineering firms have a reputation for being “pale, male and stale” but ARUP is different and he loves the diverse and welcoming environment. However, he recognises that his Pacific cultural values can be an asset as well as a barrier at a times.

“Culturally we are brought up to serve our elders – the values of respect and service – Fa’aaloalo and Tautua – are instilled in us from childhood. We work for the ‘we’ rather than the ‘me’. But in the office you have to be more dominant. In the beginning I found it hard even to make eye contact. Sending emails asking others, especially people older than me, to do something for me was not easy.”

And that’s where TupuToa made all the difference.

“TupuToa runs a whole bunch of programmes to help us acclimatise to this environment which is unfamiliar to us. It helped me step into uncomfortable places.

“I learnt to appreciate my point of difference, that my diversity and cultural values are a strength. Looking at the deficit stats about our people is mind-blowing. But at the same time, I see that as an opportunity we have to take to make a difference.”

Wesley aims to build on his technical knowledge and aspires to leadership positions in the industry so that he can “be more useful to my Polynesian peers. I want people like me to be able to say hey we can be engineers, we can do STEM, we can get to these leadership positions.”

His advice to future interns is to actively ask for work and say yes to everything: “you won’t know what you’ll learn until you do it. It’s in those uncomfortable times that you get the most growth.”

Wesley says young people should never lose sight of where they’ve come from.

“I stand on the shoulders of giants. My parents paved the way for me. They slaved at factory jobs, cleaning jobs at night on top of their day jobs, to give me a better chance. Now it’s my opportunity to give back to my family, to my community. I don’t take this opportunity for granted.”