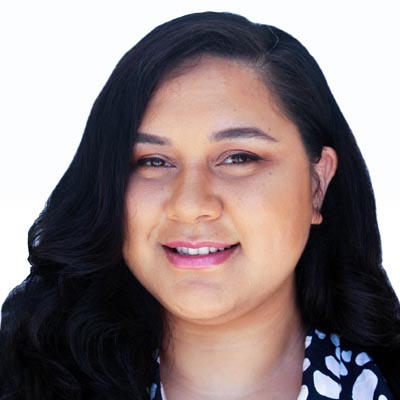 Born in New Zealand and raised in the United States, Nikki Brighouse grew up with American values and the American way, rather than her Samoan heritage.

The desire to have “a New Zealand adventure” and make the most of her dual citizenship, saw Nikki move to Auckland to undertake tertiary studies when she was 21.

“I was just working in the States and couldn’t really find my feet and thought tertiary education would be useful for my career. The New Start Programme at the University of Auckland provided a good, supportive environment for mature students like me to pathway into higher education.

“I was also curious about my culture. My dad’s side of the family is all in New Zealand, so moving was a good opportunity to connect with family.”

Not quite sure what to study, Nikki enrolled for a Bachelor of Arts and “played around with majors” until she was captivated by education and psychology.

“Education has been so transformative for me and I discovered a passion to work on educational initiatives for Pacific people. I see the disparities for Pacific students in New Zealand, and I really want to bridge the gap and be a more equitable society.”

“That was such a big game changer. It opened up so much possibility for my future career. It pushed me to do something radically different – firstly it required a move to Wellington, and also to give up the security and familiarity of the university and my undergrad role there.”

Nikki says the TupuToa programme, including the orientation workshops helped her see her culture and identity as an asset.

“I started to explore my Pacific identity which was in some ways new for me, and also clashed with some of my American values. But it was a great way to develop a stronger sense of self.

“The workshops also challenged us to move away from the deficit viewpoint that Pacific people are often portrayed in – in terms of work ethic, intelligence, capability and pay for example.”

At the Ministry of Education, Nikki worked with the Early Learning Student Achievement Team, which was undertaking a big drive to recruit teachers from overseas – a significant initiative at the time. She was also part of the Scholarships and Awards Team and had the opportunity to look at equity issues as part of that role.

Following her internship, Nikki secured a role with an independent training provider, which gives her the flexibility to work on a Master of Education in Education Policy. Her thesis is a systemic analysis of the factors that impact under representation of Pasifika in higher education.

Looking back, Nikki says TupuToa helped her develop on many levels.

“I was able to accomplish things I had always wanted to – with the role with the Ministry of Education, with my health, and other areas of my life. Weight has always been an issue for me, and so over the course of that year I was able to lose 75kg.

“For me, coming into the TupuToa internship meant I could really see what I want, and then achieve it too! It was transformative on every level.”

Nikki is grateful for her experience and would like to encourage students to make the most of what TupuToa provides as well as the networks that are formed with other interns.

“I’d recommend interns go to all the events, participate in everything – even what may seem boring and isn’t mandatory. Right now, they have this protective bubble and barrier to just learn and soak up everything and meet who they need to meet. I’d suggest really making the most of everything. It’s an absolute gift.”

Nikki remains committed to working in the area of social justice in the public sector in future.