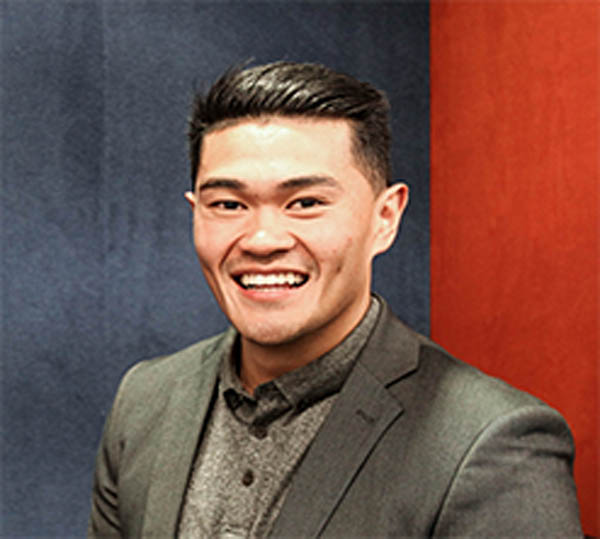 A commitment to care for his family nearly stopped Clevell’s education and career in its tracks.

Clevell grew up with both the challenge and the opportunity of being his parent’s hope for the future.

They had migrated from Samoa with his three older brothers. Clevell was born in Auckland, 17 years younger than his nearest brother. He says it was like growing up with four Dads!

Clevell’s parents were determined he was going to have a good education in a way that they had been unable to do. They had immigrated to West Auckland from Samoa; his Mum was the cleaner at his primary school, and his father worked in factories producing clothing.

He had a good life growing up with his family with a traditional Samoan upbringing, playing rugby league and basketball, doing chores around the home and attending church on Sundays.

After attending Oratia Primary School, Bruce McLaren Intermediate, and Liston College, one of Clevell’s brothers passed away in Australia. He moved there to help his brother’s wife and his children. He went to secondary school on the Gold Coast. It was a huge culture shock; he was the only brown boy in the school.   He did well in his studies there and went to Griffin University to study law. He took time out from his studies to complete a two-year mission with the Church of Jesus Christ of the Latter-Day Saints. His mission was particularly challenging; working with the Chinese speaking community in Melbourne. Clavell spoke Samoan and English, but even though he has some Chinese heritage, he had never spoken the language, and had to take a crash course in Mandarin to take on his mission. He says the learning experience was significant, putting others ahead of himself.

After his mission, he returned to Australia, but it was going to be tough financially to study there, so he decided to return to New Zealand and pick up an offer to study law at the University of Auckland. He discovered too that living here was important to his cultural identity, as he was able again to rub shoulders with people with a Samoan background.

Clevell says it was an exciting time to be a law student; he became a member of the Pacific Island Law Association.  In 2017, he learnt about TupuToa through some friends. He joined TupuToa and they organised an interview for him to be an intern at Russell McVeagh. He was accepted as a summer clerk with the firm. He says he was fortunate enough after this to be offered a position at Russell McVeagh. Clevell says he had applied to many other firms but believes working with TupuToa helped him to get the role with Russell McVeagh. He says TupuToa has also helped to fell comfortable in his own skin as a Samoan in the corporate world.

Clevell says on his journey through life and education his biggest challenge was his own self-doubt. He had never seen anyone like him ever become a lawyer, so he had doubts as to whether he was good or smart enough and whether he could actually get a job as a lawyer. He often thought perhaps he should do some other job, but he says TupuToa gave him the foot in the door that many Pacific Islanders wouldn’t get. He says diversity is still low in the big law firms; he is one of only two Samoans at Russell McVeagh where there is a staff of 200, and he says it is similar in most other law firms.

Clevell says he now feels completely accepted in his role and that he and his work is fully valued. He works in the property and construction team looking at due diligence and purchasing real estate and managing construction contracts. He says he didn’t realise how high pressured and stressful the work would be. However, Clevell says this is balanced with the pro bono work he is able to do. Russell McVeagh has a connection with Tāmaki College, and he has been able to work with students in their last year to help them to transition to tertiary education and employment, running workshops on everything from budgeting to writing CVs. He has also been able to work pro bono at the Mangere Law Centre, offering aid and help for those in the community with areas such as property and employment disputes.

Clevell says ultimately one day he would like to use his skills as a lawyer to help his community, whether that is as a defense lawyer or litigator or similar.

He says he will always be extremely grateful to TupuToa, he now owns his own home and when he has a family he will make sure they know how they have benefited from the support he got from Anne and the team at TupuToa.