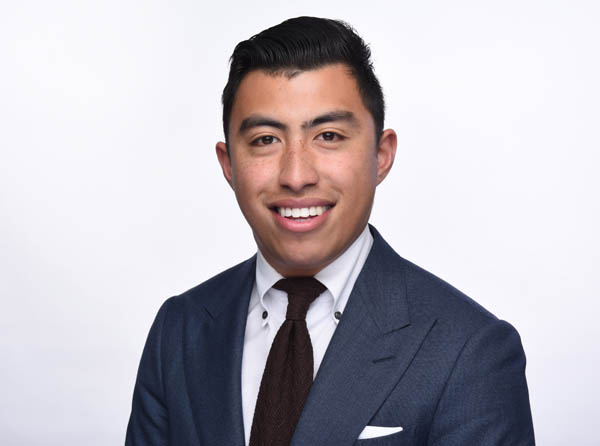 Born and raised in Auckland, Lourdaiz is of Samoan descent. Growing up, his parents were always present providing him with incredible advice, support and unconditional love. He recalls his time at Sacred Heart College as being a fantastic experience. “I would go as far as to say it made me.”

He is completing a Bachelor of Business majoring in Finance & Marketing, Advertising, Retailing and Sales at the Auckland University of Technology. While studying, Lourdaiz worked part-time at leading New Zealand men’s suit company Working Style’s flagship store on Shortland Street, the heart of Auckland’s legal and financial district. He excelled in his role and was awarded the top part-timer of the year award nationally three years in a row with sales equaling six-figures, even outdoing some of the full-time staff. Lourdaiz attributes his success to the importance of being client focused, listening more than you talk and building strong relationships.

A conversation with the Head of Advisory of Forsyth Barr led to a rare opportunity to work as an intern at the New Zealand owned investment firm. It was there that he met Sir Eion Edgar (Former Chairman of Forsyth Barr), who told him to ‘always acknowledge and contribute to the place that gave you your meal ticket’, so having a particularly strong service ethic is very important to Lourdaiz.

While at Working Style, having provided excellent customer service helping a family select a suit for their son’s school ball, the father handed over his business card to Lourdaiz saying he would be happy to catch-up for coffee. Initially embarrassed that he had not recognised that the man was, Christopher Luxon (Former CEO of Air New Zealand), Lourdaiz quickly took up the invitation to be in touch by email.

Christopher Luxon bought Lourdaiz a copy of The 7 Habits of Highly Effective People by Stephen Covey and mentioned that TupuToa may be of interest to him championing it as an excellent and innovative initiative. Lourdaiz gifted him a Working Style tie that he wore in the video message addressed to staff following his resignation as leader of the award-winning airline. This interaction has led to his current internship within the Direct Investments team at the New Zealand Superannuation Fund.

Lourdaiz intends to pursue a career in the finance and strives to live by a Warren Buffett (CEO of Berkshire Hathaway) quote “By the far the best investment you can make is in yourself.” He says one day he would love to be the managing director of a prominent investment firm. In the meantime, he continues his commitment to giving back, being Chairman of the AUT Investment Club, a member of the INFINZ (Institute of Finance Professionals NZ) Young Finance Professionals (YFP) Ambassadors Committee and the Sacred Heart College Rugby Committee.