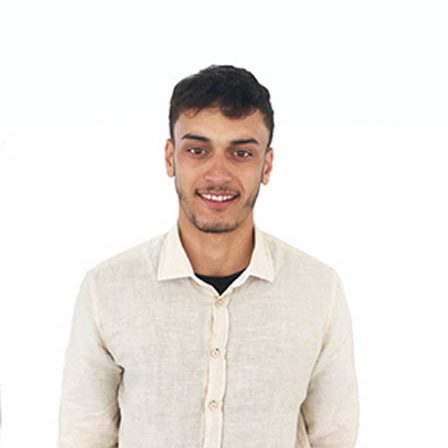 Matariki attributes his whānau stepping in at critical times to support him as the key to his success. Growing up, his parents would go to great lengths to ferry him to school and sports events across the North Island. He remembers his father getting up at 4 am for work in Auckland, then driving him to sports practices long distances across Northland, and then driving back to work, all this as well as being a Dad to five children.

Another critical moment came when Matariki was diagnosed with diabetes while studying in Auckland. He was about to give up studying and go home to Whangarei when an auntie stopped him in his tracks and took him in as a border; supporting him to continue to study while learning how to manage his condition.

Matariki’s parents separated when he was two, his father stayed working in Auckland and his mother moved to Whangarei. When he was seven, his father moved north to work as a contractor. He says his parents were stoked about the move north as they could connect back with their roots with Te Rarawa and Ngāti Hine.

Matariki says he was like many young boys and had dreams of becoming an All Black. He loved sport and played every sport, but mainly playing rugby, volleyball and rugby.

Matariki went to Tikipunga High School in Whangarei and says he was lucky to have a national volleyball coach teaching there. He said he played beach volleyball nearly every day. It opened up a lot of doors for him, as when his mates were messing around, he become very driven with his sport.  He says he owes a lot to his coaches and the structure they gave him, because there is a lot of mischief that he could have got up to.

He also got involved with Kapa Haka and Mau Rakau, supported by his stepmum who was teaching at the school.

When he left school, he thought he would get into physio and sports science. There were only two maths streams, he ended up choosing calculus that he had not wanted to do and ended up loving it. He had a great teacher who explained the subject really well.

So that changed his career path. His teacher also organised getting an accounting class to the school. He started doing accounting by correspondence.  His experience with his teachers that had found creative ways to make boring subjects interesting inspired him. He had also seen some polar opposites in his whānau when it came to managing money, so he also became interested in financial literacy. He had seen whānau who had worked and saved money to buy a house from the age of 16, then others with the same jobs not switched on as to how to use their money wisely.   Matariki embarked on a degree with a double major in law and business and had high hopes of combining the two and being able to navigate it to start his career.

He had been a fan of the TV law firm show, Suits. But the reality was nothing like it, and the extensive reading for law was a challenge and not his forte. Solving problems was more his game, so he cross credited in second year of law and majored in accounting. Then, in his third year, he was diagnosed with type one diabetes.

His first reaction was to pack everything in. He was flatting and was feeling really sick and missing lectures.  Then one day his Auntie Caroltook him for lunch to see how he was. When he told her he was thinking of going back to Whangarei, she said: ‘ No,no,no. You won’t come back. You’re coming to stay with me.”

His Auntie, a Kaiako at Te Wānanga o Aotearoa then looked after him while he finished his degree.

At the final part of his degree, he carried out a Coop work experience placement for three years with Northland Rugby in Whangarei.

During summer breaks he worked at Kawiti marae, working at the glow worm caves at Waiomio. He stayed at the house where is great grandfather lived with his 12 kids. Working at the caves reinvigorated his connection to the place.

He had been told the stories of Kawiti and his war party and going to Ruapekapeka and working there brought it to life.

This experience was one of the reasons that he applied for TupuToa, and chose it over some other graduate programmes as a chartered accountant.

He saw the Tukutuku on the TupuToa poster at AUT, and the message that it sent about creating a network. He remembered rebuilding his connection at Waiomio, and got a sense of being in a wave of Māori and Pacific rangatahi coming up together. He wanted to be part of that network.

TupuToa became another life line. He hadn’t settled in at Northland Rugby. He wasn’t doing accounting work to begin with, but when he went to TupuToa he become meaningfully involved in the work, getting involved in strategy, with people asking him what he thought and not having to make the coffee.

He could put forward advice, and people would take it on.

Now he is working at the Ministry of Business, Innovation and Employment (MBIE). He didn’t think he would end up working for a government department, he thought he would go to an accounting firm like Ernst and Young or PWC in the private sector, but he is enjoying his role and the contribution he can make.