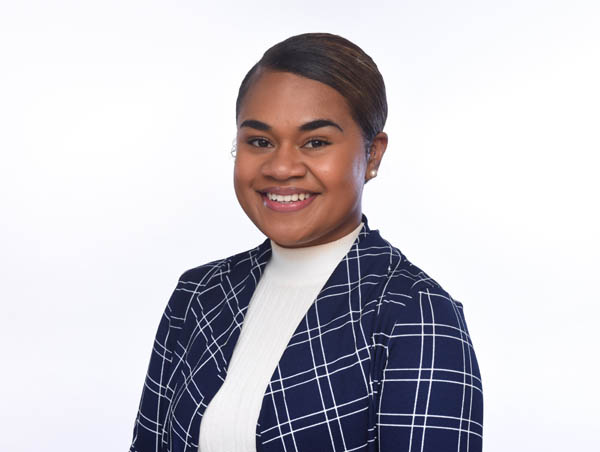 Melaia is breaking new ground on a number of fronts; she is one of only a few women completing a degree in Computer Science in Auckland, and also one of only a very few Fijian woman pursuing a technology career.

And she is already working to inspire Fijian girls to look at the opportunities in STEM subjects. As part of a group led by Michelle Dickson from NanoGirl Lab, she was part of a project to introduce the benefits of studying STEM subjects to a group of 6 to 13 year old girls in Fiji, as well as training teachers there to run camps focusing on the STEM subjects. She says for most girls at school in Fiji, they usually pursue only mainstream subjects like Home Economics, so it has been great to introduce other possible career paths.

Melaia was born in Fiji and grew up there for the first ten years of her life. And then her parents decided they wanted to move to New Zealand.

Her parents work in telecommunications; her father works for Chorus and her mother is a designer for fibre-optic connections.

Melaia has spent her life in New Zealand growing up in Henderson, West Auckland.  She went to Pomare Primary School, Henderson Intermediate and then Auckland Girls Grammar School. Melaia says he was just influenced a little by her parent’s careers, she is studying computer science. She was largely influenced by her Digital Technology teacher at school.

Melaia is interested in pursuing a career in project management in the technology sector.  She is working on data analysis with ATEED, compiling information for Local Boards across the Auckland region.

Melaia’s first internship was with Spark with the First Foundation.  She gained experience there working in a few areas; the devices team, invoicing in finance, and in the sourcing team around procurement as well as corporate communications.

She says working in the devices team trying out a lot of new technology was a lot of fun.

Melaia is the first in her family to carry out a tertiary education and says she is very proud of her Fijian heritage and often finds herself the only Fijian at an event, even with Pasifika based organisations like TupuToa.

She says her experience with TupuToa has been really great; helping her find the role with ATEED, and inviting her to many networking events. Melaia just has a couple of papers to complete before she can graduate;  and she may well be breaking more new ground as a young Pasifika woman as she completes a paper on block chain technology and crypto-currencies.